Is it possible to cure varicose veins on the legs without surgery?

How do I remove leg veins without surgery if they are enlarged with varicose veins? Many people want to get rid of the ugly dilated veins on their legs, which are not only ugly but also harmful to health. But you can do without an operation or is there no other way?

How does the disease develop? 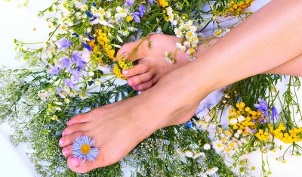 Is it possible to cure varicose veins without surgery? To answer this question, it is necessary to consider what happens to the vein during the development of the disease.

The pathology develops in several stages:

But is a vein removal always necessary? Are There Ways To Get Rid Of Varicose Veins Without Surgery?

When is conservative treatment possible?

In the early stages of the development of the disease, surgery to remove the vein in the legs is not done. To restore the full function of the venous valve, it is enough to restore the tone of the vessel.

However, conservative therapy should be comprehensive and include:

Inadequate physical activity or, conversely, excessive physical exertion, insufficient rest and bad habits: all of these lead to impaired blood flow to the leg.

Lifestyle changes will help restore vascular tone. For this you need:

When varicose veins are treated without surgery, what a person eats plays an important role.

You have to limit the number of candies. It is better to replace sweets or cakes with homemade jam, honey and dried fruits. 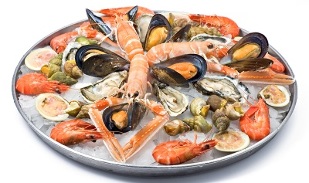 The menu must contain a large amount of seafood:

Seafood contains copper, which has a tonic effect on venous tone.

In addition to the above products, it is recommended to eat more plant-based foods and drink natural juices and fruit drinks. It is allowed to eat liver and lean meat.

This is a bandage and the wearing of elastic underwear (stockings, leggings). Elastic underwear is put on while lying down without getting out of bed in the morning and is taken off in the evening before going to bed. The same goes for connecting. Compression therapy prevents further stretching of the vein wall and reduces the negative consequences of the disease.

It is also recommended to wear compression underwear in the postoperative period. This shortens the rehabilitation and ensures the rapid restoration of the complete blood supply to the extremity.

Compression therapy, however, does not serve as an independent method to avoid surgery to remove leg veins. It only helps to prevent the negative consequences associated with the development of impaired venous blood flow.

Venotonics can be prescribed in tablets, ointments or injections, but their dosage is selected individually depending on the severity of the pathology.

In addition, symptomatic treatment is carried out. For example, blood thinners are prescribed if there is a tendency to thrombosis, and anti-inflammatory drugs are prescribed for phlebitis.

But every treatment should be comprehensive. If the patient thinks about how to remove the veins in his legs without surgery, but at the same time does not quit smoking and eat spicy food, he will be disappointed - this is impossible. Without changing his lifestyle or diet, he will soon need leg vein surgery.

If you cannot do without a surgical procedure

If conservative therapy has not been successful and the patient has frequent pain and leg cramps, trophic ulcers, or frequent phlebitis, surgery must be done to reduce the effects of the disease.

However, vein surgery can also be performed with minimally invasive treatment methods:

It is carried out in the initial stages of the disease, when only small vessels are deformed and spider veins appear on the skin. Percutaneous exposure to a laser pulse contributes to the collapse of the walls of small wreaths and the closure of the lumen. However, laser correction can only cure the initial stages of the disease. Several sessions are sufficient for this. Rehabilitation after laser surgery is not required.

A sclerosant, a special solution that causes the vessel wall to lose its elasticity, is injected into the lumen of a deformed vein that is unable to perform its function. This method can be used for both large and small vessels. With a large venous lesion, the cosmetic defect may persist, although blood flow to the limbs improves.

A sterile catheter is inserted into the enlarged portion of the vein and an electrode is inserted through it. The laser action is carried out on the inner surface of the vessel, causing the walls to collapse and the lumen to be completely closed. Blood begins to flow through the smaller vessels, and the vein exposed to the laser radiation gradually thins and disappears.

The postoperative period with such an operation can take up to a day, but cosmetic defects are only completely eliminated after a few months.

The method is similar to the laser method, but uses high frequency radiation. Radiofrequency ablation is performed on large large vessels and the approximate duration of radiation exposure: from the groin to the knee or from the knee to the foot. The therapeutic effect is achieved in 2-3 sessions, but the complete disappearance of the deformed vein will occur in a few weeks.

By applying a ligature (bandage) on either side of one point of the large vessel, it can be shut off from the blood flow system, thereby bypassing the smaller veins. Points of overlap of the ligature fall off and grow together tightly. The ligation is performed on an outpatient basis under local anesthesia: small incisions are made in the skin and venous ligation is performed. Ligation is considered a good method of eliminating varicose veins when there are already negative consequences of impaired blood circulation. "Switching off" the pathologically deformed venous point from the circulation helps to reduce pain and edema.

This operation is also carried out on an outpatient basis under local anesthesia. It differs from ligation in that after ligation, the altered venous areas are cut out and removed through small incisions in the skin. Compared to surgical phlebectomy (in which the vein is completely removed), such a mini-operation is considered less traumatic and requires almost no rehabilitation.

Although minimally invasive treatment methods are considered surgical intervention due to the mechanical effect on the vessels, the negative consequences of the intervention for the patient after an operation on the leg veins with the above methods are minimal and the rehabilitation after the operation takes place in a short time.

It is possible to remove enlarged varicose veins on the legs without surgery. However, the success of treatment depends not only on the method chosen, but also on how willing the patient is to follow medical recommendations.