Varicose veins of the labia: causes, symptoms, methods of treatment

Venous pathologies are most often observed in diseases of the lower extremities, however, in some cases, such a manifestation as varicose veins of the labia can appear in women even without problems with the legs. This condition can be caused by a number of factors that negatively affect the veins in this area, a violation of blood flow in the pelvic organs, and lifestyle and work characteristics. Most often, such a pathology of a woman's genital organs is noted at the beginning of pregnancy, when the load on this area sometimes increases, however, symptoms of this disease can appear and a number of provoking factors must be taken into account in order to maintain the health of the female reproductive system.

What is the disease

Varicose veins of the labia with symptoms characteristic of this pathology can be observed due to a hereditary predisposition, however, the onset of pregnancy has the greatest impact on the development of the disease and its further progression. During this period, hormonal changes take place in the body, body weight gradually increases, which leads to an increase in pressure on the genitals of a woman with protruding veins, which marks the development of varicose veins.

The detection of this disease is carried out by a phlebologist, who can even determine the initial stage of the disease through an external examination. For a more accurate diagnosis, a number of examinations of the woman's labia are carried out, which make it possible to identify not only the presence of protruding veins, but also to establish the stage of the pathology. Accurate diagnosis, in which it is possible to detect varicose veins of the vulva, allows the doctor to draw up the most effective treatment regimen, which will quickly eliminate the obvious manifestations of the pathology. 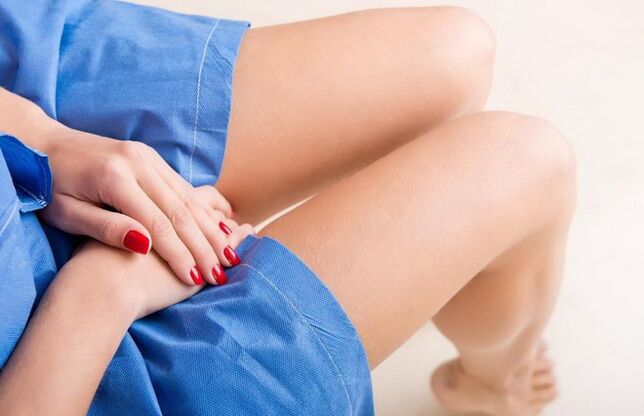 The initial stage of the development of varicose veins in this part of the woman's body has relatively minor manifestations (for example, heaviness and bloating in the perineum, itching and burning, which are most pronounced when urinating), as the progression of symptoms increases, which increases the woman's quality of lifesignificantly reduced overall and aggravate the symptoms that can occur in the course of pregnancy. The earlier the necessary treatment is started, the easier the pregnancy will be tolerated by the woman and the less likely it is that the side effects of this pathology will manifest in the future.

Symptoms of varicose veins of the labia

The considered manifestations of the disease of the female genital area are quite characteristic, which makes it possible to identify them even at the early stages of development and to prevent the exacerbation of the manifestations. Varicose veins on the labia are caused by changes in hormone levels and during the onset and development of pregnancy, when body weight increases significantly and a woman's genitals and lower extremities are affected.

Also, the following manifestations should be attributed to the symptoms of the disease in question:

In addition to the listed symptoms, which make it possible to identify the current pathology at an early stage in its development, it is possible to determine subjective manifestations that appear with the onset of pregnancy and with hormonal disorders.

Causes of varicose veins of the labia

The causes of circulatory disorders in the perineum and labia are most often the development of pregnancy, as well as hormonal changes in the body that occur during this period.

However, there are a number of factors that negatively affect the female genital area and predispose the development of this pathology. Phlebologists refer to such provoking factors:

The tendency of the labia veins to reduce their tone, bulges and disorders of the circulatory process can also become an indirect causal development of the pathology in question. The combination of causes and provoking factors should be considered as the main cause of the occurrence and further exacerbation of venous insufficiency in the perineum of the labia. Varicose veins of the labia, as a rule, appear when there are direct reasons for their development (onset and development of pregnancy, hormonal changes in the body during this period), as well as with provoking factors and early detection of the initial stage of the pathology.

Varicose veins on the genitals that appear during pregnancy can be considered a fairly common disease that occurs in about 40-60% of pregnant women in the first half of pregnancy, during the development of pregnancy it can be in 10-20. % are found by women. A phlebologist and gynecologist in charge of pregnancy will help timely make the correct diagnosis, draw up a treatment regimen and achieve other preventive effects.

Treatment of varicose veins of the labia occurs only after the final and confirmed diagnosis, taking into account the condition of the woman and the course of pregnancy. In the course of the therapeutic effect, it is necessary to make the necessary adjustments to identify the likely side effects of the drugs used on the body of a pregnant woman, so as not to provoke the development of side effects in the form of allergies, exacerbation of the existing symptoms.

The most effective methods of treatment for varicose veins of the perineum and labia are considered to be a combination of changing the woman's lifestyle, increasing her physical activity, as well as performing certain physiotherapeutic procedures to improve blood flow to the pelvic organs. The use of medicines is tentatively agreed with the attending physician, a test is carried out for the appearance of allergic reactions of the pregnant woman's body and an exposure scheme is drawn up that eliminates the possible negative consequences of such treatment. Surgical intervention, usually prescribed in the advanced stages of the disease, can also be performed. 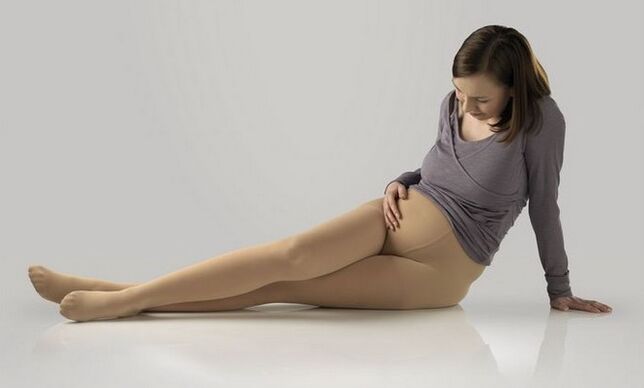 Ointments for external use

Venotonic ointments ensure the fastest penetration of the active ingredient directly into the affected area, while the symptoms disappear after the first few applications of the ointment. First of all, when using it, painful sensations and itching will be eliminated.

Effective drugs for the treatment of varicose veins of the labia include medicinal ointments, which are applied to the affected area 2-3 times a day for a period set by the attending physician. The duration of their use depends both on the stage of the disease and on the degree of susceptibility of the organism to the active substance of the selected drug.

The operation can be prescribed at an advanced stage of the disease, when the symptoms do not allow normal sex life, cause unpleasant and painful sensations in everyday life. The surgical procedure allows you to remove protruding veins to stabilize blood circulation in the labia.

However, this method of therapeutic action can be used only in the presence of evidence and after the appointment of a doctor.

The use of compression clothing, which ensures the normal position of the veins and the necessary movement in the tissues of the labia, is an excellent alternative to other therapeutic methods. There are several brands of such laundry, which is usually prescribed in the initial stages of the disease.

Treatment of this pathology is possible at home using folk methods, but this type of exposure should be agreed in advance with the attending physician. Most effective at the initial stage of the pathology and as a prophylactic agent.

Varicose veins, characteristic of the veins of the labia, can be treated with cold compresses, rowanberry juice, hip baths.

As practice shows, cold compresses allow you to get rid of itching and burning in this area to reduce the degree of bulging of the affected veins. They are usually used for a short time, after which an ointment chosen by the doctor is applied to the veins to increase the tone of the veins.

Rowanberry juice has been shown to be effective in treating and preventing a decrease in the tone of large blood vessels and veins. Oral ingestion allows you to get rid of the obvious symptoms of varicose veins in the perineal area in women. Diluted juice is also used for cold compresses.

Sitz baths help relieve pain, relieve tissue swelling. Decoctions of medicinal herbs that relieve inflammation, mountain ash juice can also be added to such baths. Lubricating the labia after such baths with ointments with a venotonic effect gives excellent results even with advanced stages of the disease.

Is there a risk of normal pregnancy with varicose veins of the labia?

The initial stages of the disease in question do not pose a threat to pregnancy, but varicose veins in this area cause unpleasant sensations in a pregnant woman, affecting her quality of life. Varicose veins that develop on the labia during pregnancy need to be detected in a timely manner - this will eliminate even a minor threat to posture.

As recommendations for the prevention of the disease, doctors recommend avoiding the appearance of obesity, controlling physical activity and preventing blood stagnation in the pelvic organs.

Varicose veins on the labia that develop during pregnancy are a preventable phenomenon. Attention to health and the elimination of provoking factors make it possible to transmit pregnancy in the easiest way.